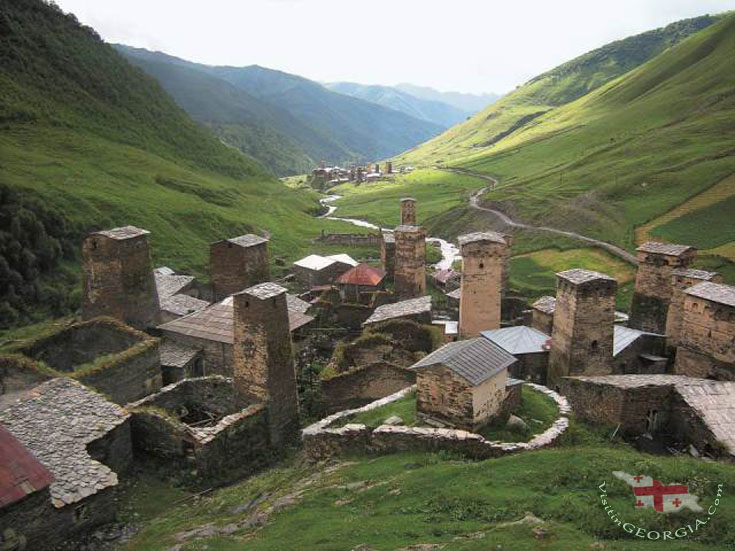 Mountain Svanetiya’s symbol are Svan towers. These defensive works of the Middle Ages on are unique and rare so much that it isn’t possible to meet similar towers in the world almost.

All Svan towers are by sight very similar. These are square, stone constructions up to 25 meters high, narrowed up. In each tower some floors, starting with the 3rd to 5. In the top part there are some cut-through windows for the review of the district. A tower were under construction near houses on a slope for protection against natural cataclysms and enemies. 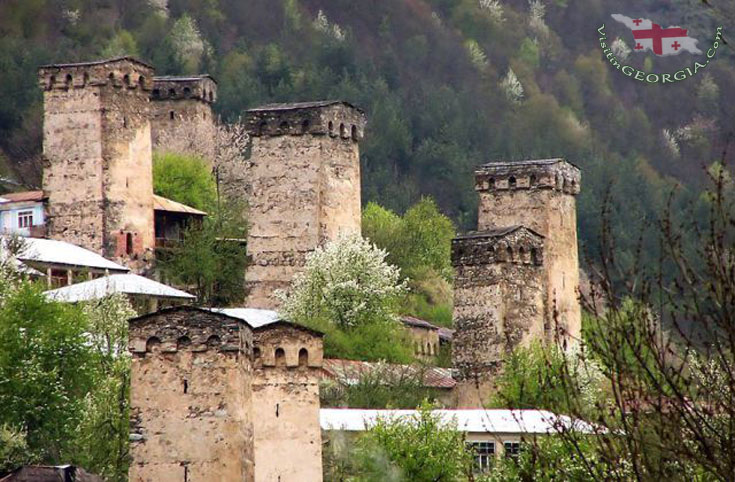 In case of danger of a family got to the very top, the door was closed, and the ladder was involved inside. One more function of towers ― the announcing. At approach of threat on the main tower lit fire. As soon as it was noticed by neighbors, the flame was lit and on their towers. So in some minutes the gorge was ready to military operations and protection. 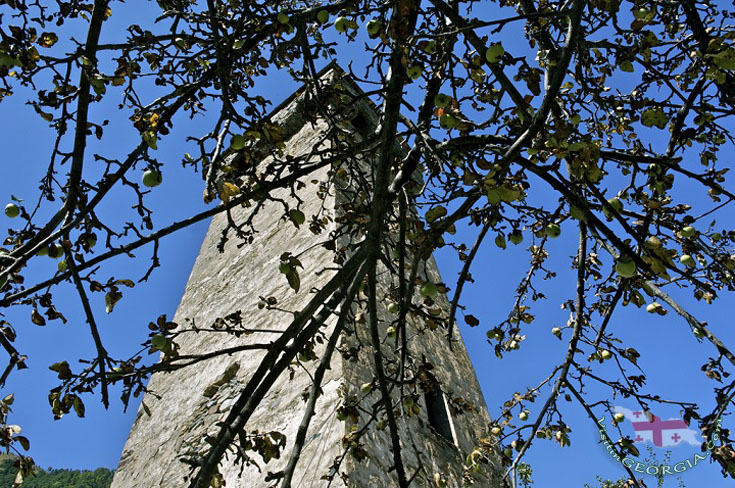 Most of all Svan towers remained in Mestia and Ushguli – to several tens. The newest of towers not less than two hundred years. Now towers aren’t used, wooden interfloor partitions collapsed long ago, and it is impossible to climb upward. 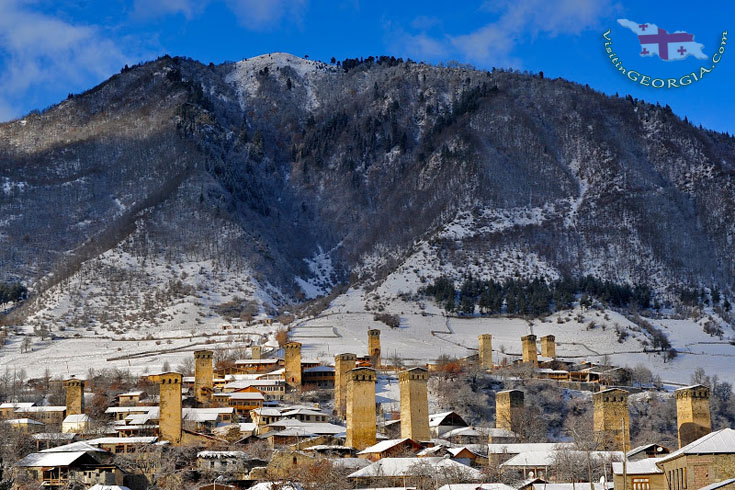