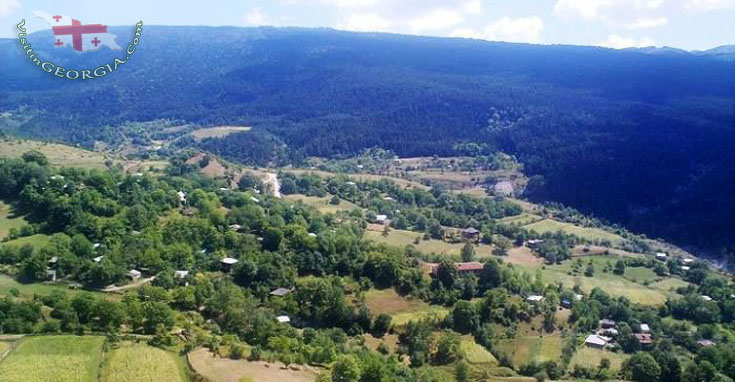 Ambrolauri appears in historical chronicles for the first time in the XVII century. This place was chosen by the King of Imereti, who built the residences in this territory. The residence didn’t remain, but an ancient tower which is behind new church, it is considered to be it part.