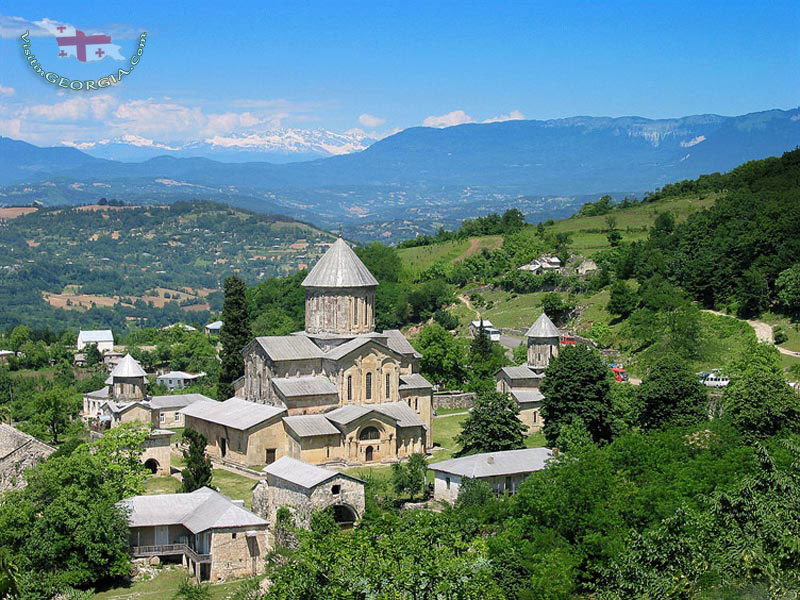 The Gelati Monastery founded in 1106 by the tsar David IV Agmashenebeli – is a symbol of the Georgian Golden Age. Gelati towers over the valley of the river of Tskal-Tsitel, near Kutaisi. Huge domes and walls of the temple are visible from far away.

From the monastery complex have survived Catholicon (XII century.), the Church of the St. George and St. Nicholas (both of them XIII c.), the building of the Academy, the refectory, the bell tower. Catholicon was dedicated to the Virgin, built in 1106-1130. 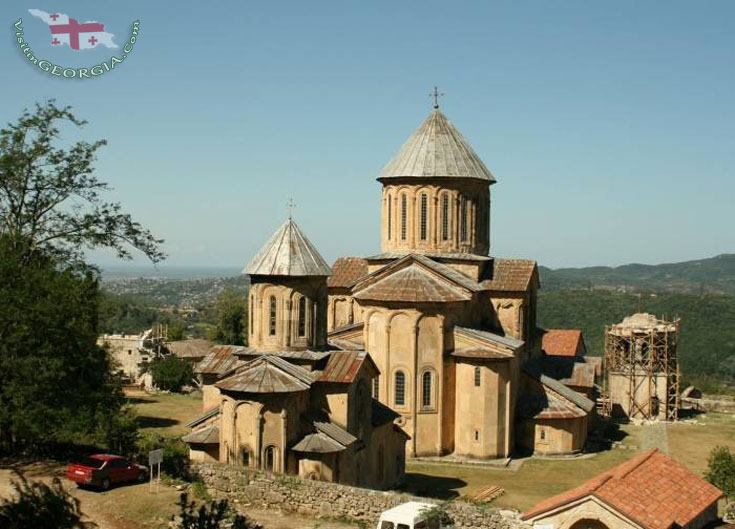 In this cathedral is buried the King David and all subsequent kings up to Queen Tamar, as well as some of the kings of Imereti, for example, Solomon I and Solomon II. 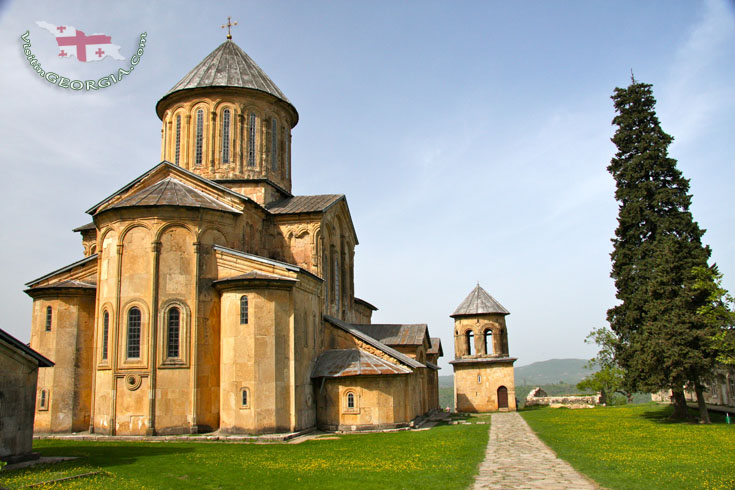 It is a well-preserved complex of rich mosaics and frescoes. On the walls there are paints of XII and XVI centuries. In the conch of apsis there is a mosaic of the XII century – Virgin and Child between two archangels. Frescoes and mosaics in Georgia differ from the usual Byzantine enormous size and other types of faces. Many years Gelati Monastery was a cultural and educational center of Georgia and had its own academy. This Academy employed a lot of scientists, theologians, philosophers, orators and translator,  many of whom had previously been active at various orthodox monasteries abroad, one of which was the Mangana Monastery in Constantinople. Among the scientists were such celebrated scholars as Ioane Petritsi and Arsen Ikaltoeli. Due to the extensive work carried out by the Gelati Academy, people of the time called it “a new Hellas” and “a second Athos”. 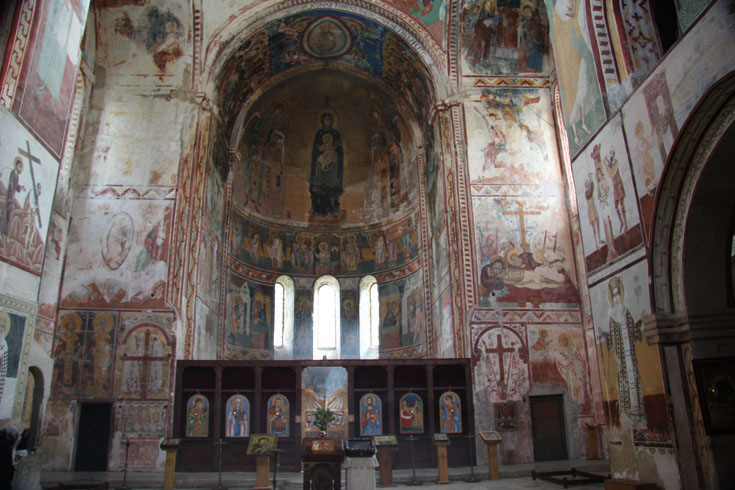 Gelati Monastery belongs to the few architectural ensembles of Georgia, who have retained its basic construction in parallel with the information on their founders and builders.

In the XIV century Gelati was destroyed by the Mongols, but in the XV century Georgian King George VI rebuilt it. During the XVII century Gelati Monastery had lost its former purpose and in the XVIII century, the king of Imereti (part of West Georgia) Solomon I restored temple complex. Since the day of establishment Gelati also served as the necropolis for the kings of Georgia. Gelati Monastery has preserved a great number of murals that are dated with XII-XVIII centuries. And therefore, the most wonderful architectural complex of Gelati is its frescoes and mosaics that return days gone by and remind us of its creators. Here, in the cathedral are the iron gates of the city Ganja who was brought here by the King Demetre in 1139.

The enchanting beauty of Gelati Monastery attracts many visitors.