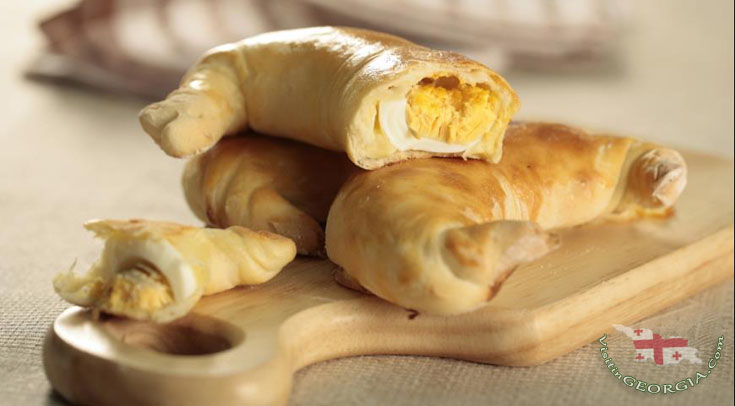 Gurian pies with a small egg are similar to a khachapuri, only together with suluguni a stuffing mix with egg. 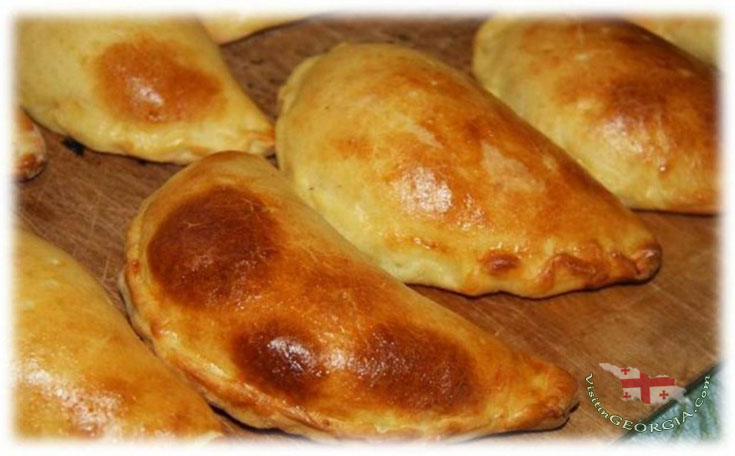 1. Warm up milk and add sugar, yeast and 2 tablespoons of flour, mix, cover with a napkin and put in a warm place for 15 minutes.

2. Then add a yogurt (yogurt or curdled milk), egg, the most part of flour and stir.

3. Kindle butter and fill in in a bowl with dough, mix everything, adding the remained flour. To knead soft weight until dough doesn’t cease to stick to hands.

4. Roll dough in a sphere, cover with a towel and put in a warm place for 1 hour.

5. For preparation of a stuffing you must grate on a large grater of a sulguni, put in a bowl, add eggs and the softened butter. Mix hands to homogeneous mass.

7. To divide dough into small pieces which then, to roll in circles. To put a little cheese and two halves of egg in the center of any circle.

8. Roll in oblong roll, curtail edges of roll that the half moon turned out. Grease from above pies with egg or porridge from egg and 1 Art. of l of sour cream.

9. On a baking sheet lay parchment paper and spread out pies to it. To warm an oven to 180 гр. and to bake 10-15 minutes, before emergence of a pink crust. 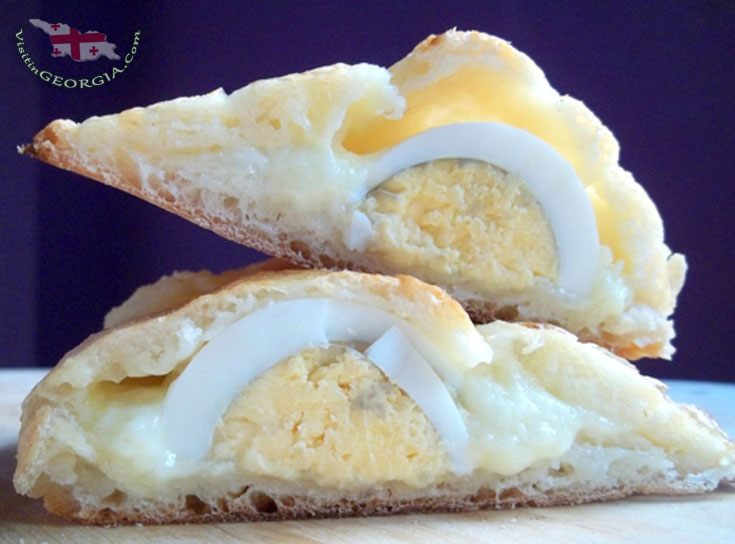