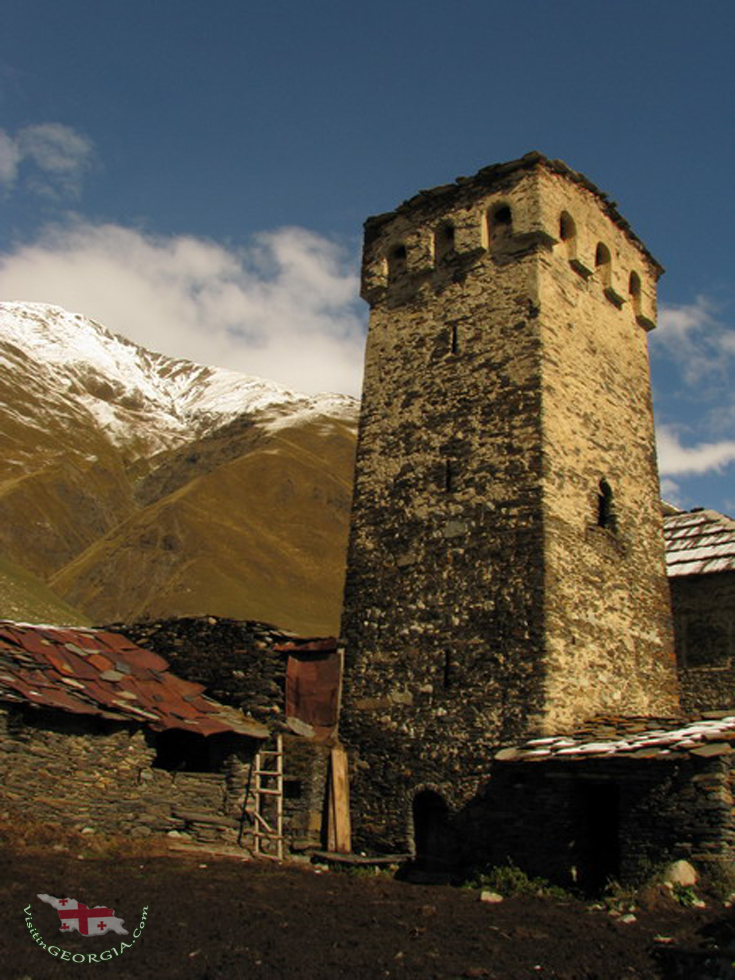 One of the main sights of Svaneti is the House museum of Margiani which is in Mestia in an ancient Svaneti’s housing estate. This museum is property of a known family of Margiani. They also possessed 8 towers from which remained only 4. Height of towers and their quantity spoke about wealth and force of a sort. 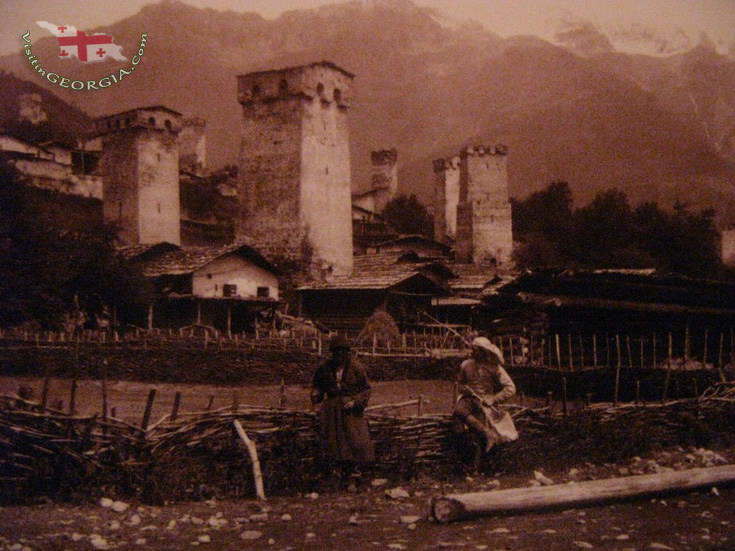 And now it is a little about one of towers. In it there are some floors with the rooms. In one of rooms there is a closet – marani, dried nearby and stored hay, and also in special boxes stored grain. In this house there is a big cellar in which jugs for wine and vodka (qvevri), clay jugs for honey storage are stored. The cellar has the known special room for punishments in which kept disobedient children and those who was caught on fraud, held as well for lie there. 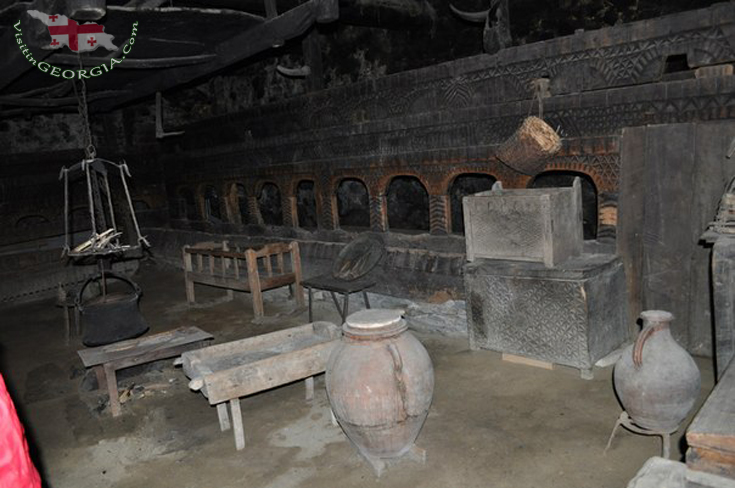 You can visit and the main room of the house where there is a wooden throne to “taxti” to which had no right to sit down anybody except the chief of family. And for guests was extraordinary honor and respect when offered it a place on a throne. 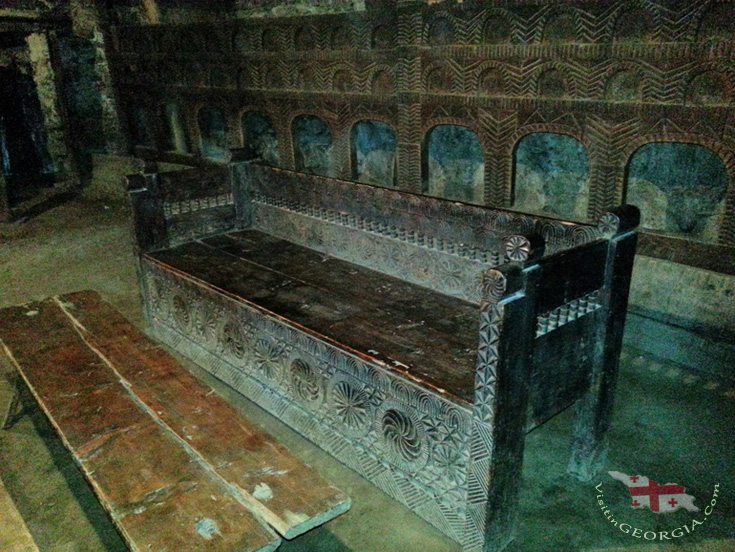 After excursion on all house, you won’t be able to leave it without having risen by top of the tower the look with which will leave you unforgettable impressions of beauty of Svaneti. 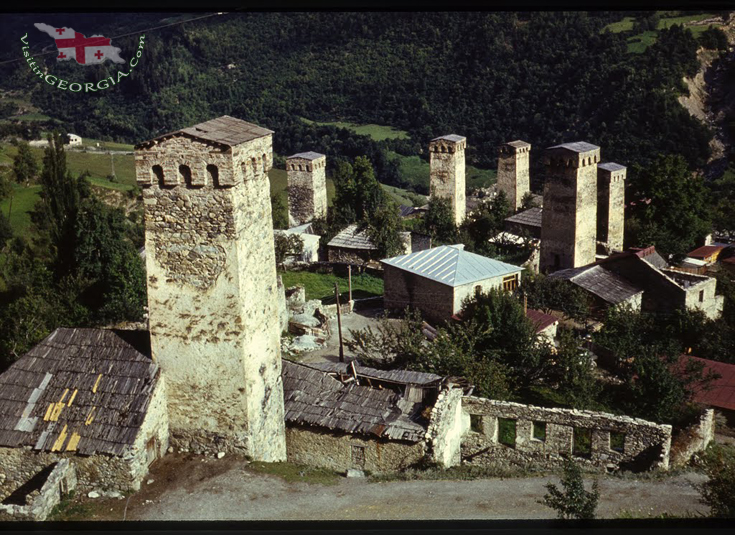